This polyhedron is regular. Its faces are congruent, regular polygons. Vertices are formed by the same number of faces.

Then area of parallelogram = (base x height) sq. units

Factorisation   (i) The process of writing an algebraic expression as the product of two or more algebraic expressions is called factorisation. (ii) When we factories an expression, we write it as a product of factors. These factors may be numbers, algebraic variables or algebraic expressions. (iii) An irreducible factor is that which cannot be expressed further as a product of factors. (iv) A systematic way of factorising an expression is the common factor method. It consists of three steps: (a) Write each term of the expression as a product of irreducible factors. (b) Look for and separate the common factors and (c) Combine the remaining factors in each term in accordance with the distributive law. (v) Sometimes, all the terms in a given expression do not have a common factor; but the terms can be grouped in such a way that all the terms in each group have a common factor. When we do this, there emerges a common factor across all the groups leading to the required factorisation of the expression. This is the method of regrouping.   A number of expressions to be factorised are of the form or can be put into the form: \[{{a}^{2}}+2ab+{{b}^{2}},\text{ }{{a}^{2}}-2ab\text{ }+{{b}^{2}},{{a}^{2}}-{{b}^{2}}and\text{ }{{x}^{2}}+\left( a+b \right)+ab.\]These expressions can be easily factorised using identities I, II, III and IV. III. \[\left( a+b \right)\left( a-b \right)\equiv {{a}^{2}}-{{b}^{2}}\]
Catgeory: 8th Class 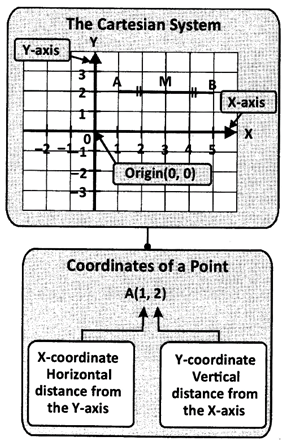