Response of organism towards the gravity is called geotropism. The root of the plant grows deep into the earth is an example of geotropism. 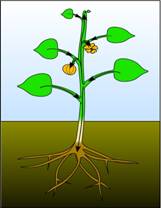 The growth of plants parts towards the water is called hydrotropism. 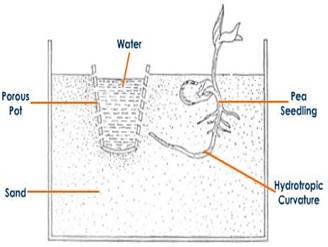 The response of organism towards the touch or contacts is called thigmotropism. For example, touch me not plant. 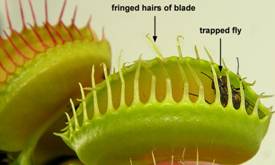