The laws of inheritance of traits in human being are related to the facts that both the parents contribute equally to the child development. The traits of the child can be influenced by DNA both the parents and thus for each traits there are two versions in each child. On the basis of this Mendel's worked out the main rules of inheritance, known as Mendel's laws of inheritance. Gregog J Mendel was a botanist from Australia, who is known as the father of genetics. Mendel performed an experiment with the pea plant to study the variation pattern of inheritance of different characters. He choose pea plant because it is self pollinating, easy to cultivate and have distinct defined character. In his experiment, he crossed a variety of pea plant of different traits, such as tall and dwarf plants, round and wrinkled seeds, white and pink flowers etc. These two plants are called parental generation and the generation that was produced by crossing these two plants was called the first generation (F1). When the plants of F generation were crossed among themselves followed the generation called second generation (F2). 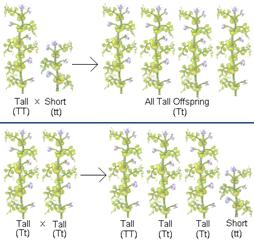 Mendel gave the following conclusion from his experiment:

He called the traits, which shows it appearance in any generation as 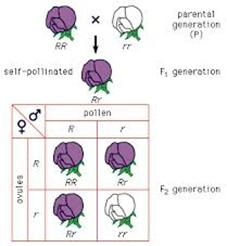 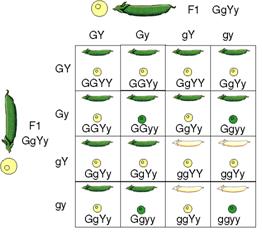 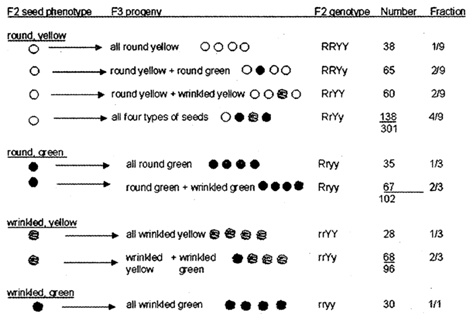