Johann Wolfgang Dobereiner, a German scientist, was the first to classify elements. He grouped the elements with similar chemical properties into groups of three called Triads'. When elements were arranged in order of their increasing atomic mass, the atomic mass of the middle element was equal to the approximate arithmetic mean of the atomic masses of the other two elements of the triad. For example, Li, Na, K and Cl, Br, I.

John Alexander Reina Newland arranged many of the known elements in the increasing order of their atomic masses.

He noticed that every eighth element was similar in properties to the first element.

Based on this observation, Newland stated his law of octaves. According to this law, 'when elements are arranged in increasing order of their atomic mass, the eighth element resembles the first in physical and chemical properties'. This repetition of properties of elements gave rise to a new term called periodicity. Periodicity is the recurrence of characteristic properties of elements arranged in a table, at regular intervals of a period.

Advantages of the Law of Octaves

Mendeleev stated the law of chemical periodicity as: "The physical and chemical properties of elements are periodic functions of their atomic masses”.

In 1913, Henry Gwyn Moseley showed that the atomic number of an element is a more fundamental property than atomic mass and hence atomic number is a better basis for the classification of elements.

The modern periodic table was prepared by Bohr.

The modern periodic table has 18 vertical columns known as groups and 7 horizontal rows known as periods.

General Characteristics of Periods and Groups 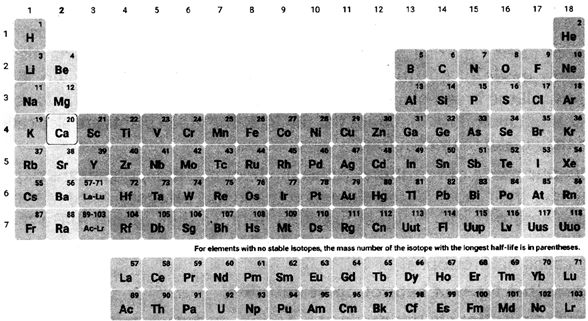