2nd Class Computers Getting Started with Computer The Keyboard

The Keyboard is a device to enter data into the computer. When you press the keys on the keyboard, the text appears on the screen. Generally the keys are of four types that you will study in the later part of the book, but here you will study about three types only because in this chapter alphabet keys and number keys have been combined as alphanumeric keys.

Therefore, the three categories of keys to handle the special functions required by  the computer are the following:

The names of some special character keys are the following: 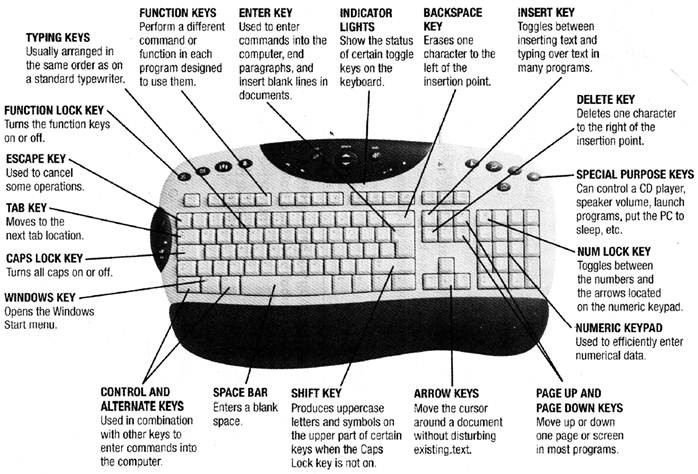 They are used to perform a set of operations using a single keystroke. The function keys can be defined as special purpose keys. For example, in most of the software, pressing the Fl key will show you the Help feature.

The keyboard of a computer has certain symbols that have specific meaning such as the symbol $ is called dollar. What does @ stand for?

Correct Option: (D) @ stand for at the rate of. Therefore, option (D) is correct.

A student of class-2 sees the keyboard carefully and finds that while doing the mathematical   sum, he has used one type of key only. Identify which type of key he has used?

(D) None of these