This addition also goes on the pattern of the previous additions except 4 numbers are involved in it.   Let's see the example given below: 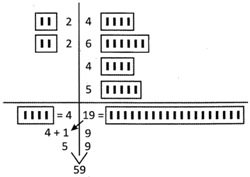 Let's see another example given below: 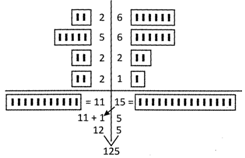 Addition of 4 numbers can also be done by adding two numbers at one time and the adding the remaining in the next time. Finally we add the results of both the additions for example to add.