Movement of an object from one place to another is called motion. We see many things around us are in motion. Motion takes place whenever force is applied. For example, when a boy throws a ball, movement of the ball takes place due to the force exerted by the boy. 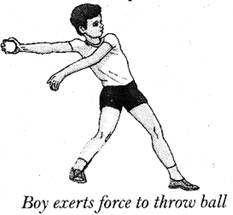 If a body travels equal distance in equal interval of time then it is called uniform motion.

If a body travels on a circular path then it is called circular motion. For example, movements of a merry go round. 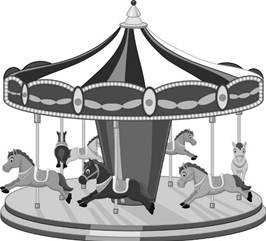 Transport is the movement of people and goods from one place to another. It is performed by various modes such as road, rail, air, water, etc.

Means of transport is divided into three categories:

Land transport is the most common and one of the oldest means of transport. In this mode, transportation is done by road and rail. Thus, the two types of land transports are road transport and rail transport.

Road transport is the transport on roads for passengers and goods. For example, cart, bicycle, rickshaw, car, scooter, bus, etc. Most of the countries of the world have a wide network of concrete roads. Vehicles move smoothly on these roads and carry goods and people from one place to another.

Rail transport is one of the cheapest and comfortable means of transport. For example, train. Many countries of the world have a wide network of railways that is used to carry goods and passengers from one place to another place. 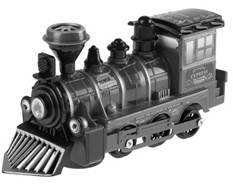 The water transport is the cheapest means of transport. Most of the goods are transported to various countries by this mode. Water transport also helps us to move from one part of a country to another through inland waterways. Ship, boat, etc. are the examples of water transport.

We use various means of transport to meet our friends and relatives living far away from us. But sometimes we are not in a position to visit and meet them. In that case, means of communication helps us to keep in contact with them, by sending and receiving messages.

There are various means of communication. These are:

Telephones are land line phones which are used for communication. By telephone we can talk to the persons living far away from us. We can even talk if the person is in another part of the world.

We cannot carry our land line phones with us whenever we go out of our house. Mobile phones or cell phones, on the other hand, are the phones that we can carry with us whenever and wherever we go. In this way we can keep in touch with our nearest and dearest one, anytime and from anywhere.

Now, if you need to communicate with a person who has no land line phone or a mobile phone, what will you do?

In this situation we write letters. Letters are one of the oldest means of communication that is, sending and receiving messages. We write and post our letters in post offices. Postman carries these letters to our desired addresses.

E-mails are the electronic mails, which are send with the help of internet, through a computer. It is one of the fastest and cheapest mode of communication.