Applications Windows programs are software applications that are run on a computer that is also running Microsoft Windows as an operating system. A software application or program is a set of logical conditions grouped together to perform some function. Typically a Microsoft Windows application will be run within a "window" although that is not a requirement. A "window" in the context of software is an area of the screen set aside to run a single program and may or may not have options for controlling the position and size of the program area. (See Figure 5.3.2) 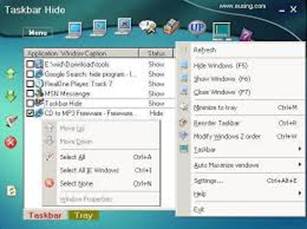 Some examples of Microsoft Windows applications are:

You can Open These Applications that come With Windows by following these routes:

Utilities are programs that extend the services of the operating system. It can either be part of the operating system or it can be software that is downloaded as an add-on. Microsoft includes some Windows Utilities with their operating systems. Several versions of Microsoft Windows are packaged with system tools. By clicking the Start button, selecting Programs then Accessories, you will find the menu option for system tools. In Windows 2000, the Backup utility allows the user to schedule backup on an included calendar. Backup of System state, selected files, drives and network data or the entire computer are options provided as well as a Restore menu. In addition, a utility in the backup category enables the user to create an emergency repair disk while another generates backup reports. Other Windows Utilities available from System Tools are Disk Cleanup and Disk Defrag. The Disk Cleanup utility scans the hard drive and indicates how much hard drive space could be saved by deleting unnecessary files, such as temp files and downloaded program files. Disk Defrag gathers data fragments and places them contiguously, recovering disk space and speeding up processes. An invaluable utility is Task Manager, which shows system usage. Security software is considered a Windows utility, as it often monitors the registry, which is the core of any operating system. Effective antivirus software will monitor registry changes and alert the user to accept or reject the change requested. (See Figure 5.3.3) 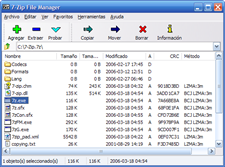 Using Windows Accessories, which of the following is/are the most appropriate utility for making drawings?

(B) Paint:Paint is an example of an application program which is used for drawing.

(A) Word pad is an example of an application program which is used for typing text.

(C) MS Excel is an example of an application program which is used for making Spreadsheets.

(D) Notepad is an example of an application program which is used for typing text.

(E) None of these: Is an invalid option.

When using Windows Utilities, which of the following is/are the function of Disk Defrag?

(A) Monitors the registry

(A) Monitors the registry: This is performed by the Security software utility

(B) Shows system usage: This is performed by the Task Manager utility

(C) Scans the hard drive and indicates how much hard drive space could be saved by deleting unnecessary files: This is performed by the Disk Cleanup utility

(D) None of these: Is an invalid option.