Overpopulation, industrialization, modern life style and advancement in science technology has lead to the thoughtless use of natural resources, which in turn spoil air for other activities. This is called air pollution.

Look at the following picture of the causes of air pollution 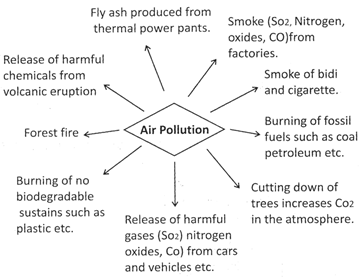 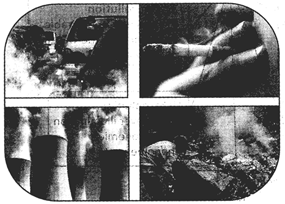 Look at the following picture of the causes of air pollution 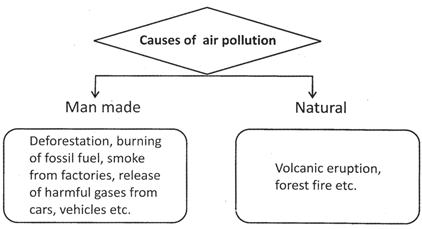 Deforestation is one of the big causes of air pollution. Trees are the natural air purifier. Deforestation increase the concentration of carbon dioxide in the air and thereby pollutes it. 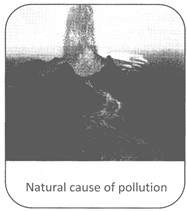 Eruption of ash from the volcano causes air pollution. Concentration of carbondioxide, hydrogen chloride and sulfur dioxide increases due to the eruption from volcano 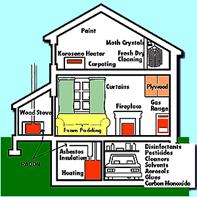 Indoor pollutants which are responsible for the air pollution, given in the picture above. We can minimize the pollution by using non polluting elements instead of the given elements. 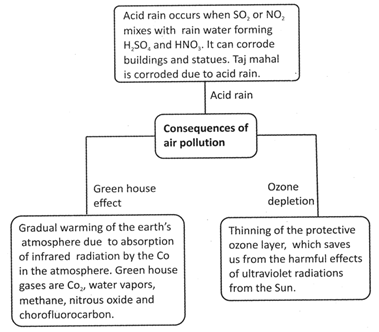 Taj mahal is corroded due to acid rain and hole in the ozone layer, which allows harmful ultra violet radiations to pass through it are the consequences of air pollution.

Pollution can cause itching and irritation to eyes, skin, nose, throat and the respiratory tract. 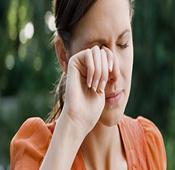 Many respiratory problems Asthma, Bronchitis occur due to inhalation of poisonous gases. 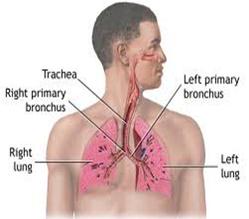 Pollution is injurious to plant or other animal also.

It reduces visibility because of the presence of smoke, dust and vapors.

Pollution can damage our nervous system and digestive system.

Pollution can cause cancer and neurological disorder.

How to Minimize Air Pollution

Look at the following chart to understand the method by which, we can minimize the air pollution: 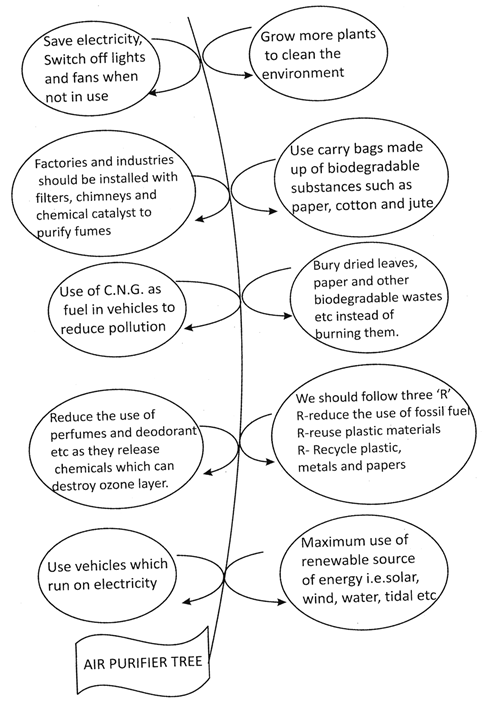 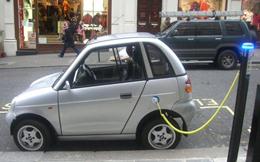 Government has encouraged people to use LPG over coal and fire wood for cooking purposes as it improves air quality and can reduce air pollution. 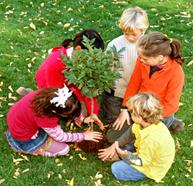 If there would be no ozone layer, then which harmful products would not be screened by the atmosphere?

Explanation: Ozone layer in the stratosphere layer of the atmosphere filters the ray of UV to come on the surface of the earth. Due to air pollution ozone layer is depleting, hence allowing UV rays to enter into the earth's atmosphere. Therefore, option (b) is correct and rest of the options is incorrect.

It is not advised to take bath in the first rain because of which one of the following?

(a) Bases fall along with the rain due to air pollution

Explanation: Harmful toxic gases from the factories combine with the condensing water vapors. Hence, it is not advised to take bath

in the first rain. Therefore, option (d) is correct and rest of the options is incorrect..