More About Networking and Internet

More About Networking and Internet

A network is a set of inter connected devices, such as computers and printers. These novices are connected with transmission media or communication channel. Using network you can send and receive data from one computer to another computer. You can also-hare printer and scanner with other users.

Internet is the technology that is used to connect different computer systems located in different geographic locations.

The internet interconnects millions of computers, providing a global communication, storage, and computation infrastructure. Moreover, the Internet is currently being integrated with mobile and wireless technology. 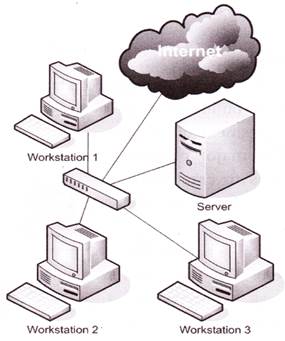 The Purpose of Networking

It allows files to be shared instantaneously across the network with hundreds of users.

It allows the sharing of network resources such as printers, dedicated services, input devices and internet connections without being relocated.

Computer network is a very reliable network. If one of the systems in a network collapse, data can be collected from another system in the same network.

Computer networks are classified on the basis of various factors. They include geographical span, inter-connectivity, administration, architecture etc.

The three main types of computer networks are:-

This type of network is usually a small network constrained to a small geographic area like a home, office, or group of buildings. It is normally used for a single business office or a residential apartment. The major purpose of such inter connectivity is to establish a communication system in order to make the work easier. 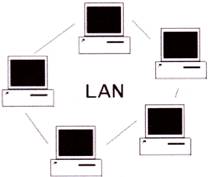 LAN provides a useful way of sharing the resources between end users. The resources such as printers, file servers, scanners and internet are easily sharable among other computers.

A Metropolitan Area Network is a network that connects two or more Local Area Network or Campus Area Network together but does not extend beyond the boundaries of the immediate town, city, or metropolitan area. Multiple routers and switches are connected to create a MAN. It provides high speed internet services throughout the area covered within the network. 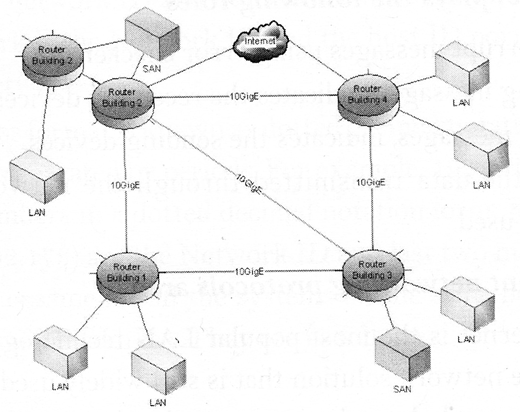 The services of WAN are provided by public or government agencies as well as private agencies. This network also provides the facility to access databases located remotely WAN may be managed by multiple administrations. 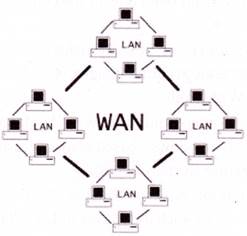 Protocol is a set of rules that allows two computers on a network to communicate and transfer data between them. Protocols are generally implemented by software, hardware, or a combination of both. It may have signalling error detection or correction and authentication capabilities.

v  To compress the data transmitted through the network, the method data compression is used.

Some of the important networking protocols are:

v  Ethernet: Ethernet is the most popular LAN technology in the world. It is a fast and reliable network solution that is still widely used today. It is a network protocol that controls how data is transmitted over a LAN. Technically it is referred to as the IEEE 802.3 Protocol.

v  TCP/IP: Transmission Control Protocol/Internet Protocol (TCP/IP) is the language a computer uses to access the internet. It consists of a set of protocols designed to establish a network of networks to provide a host with access to the internet.

v  FTP: File Transfer Protocol is a standard Internet protocol for transmitting files between computers on the internet over TCP/IP connections.

v  Telnet: Telnet is a program that runs on the computer and connects your PC to a server on the network.

v  Apple Talk: It is used to communicate with Apple macintosh computers.

v  Wi-Fi: Wi-Fi is stands for Wireless Fidelity. Wi-Fi was developed to be used for mobile computing devices, such as laptops in LAN, but is now increasingly used for more applications including Internet and VOIP phone access, gaming and basic connectivity of consumer electronics such as televisions and DVD players or digital cameras.

The IP address is a 32 bit unique number that is assigned to a computer. An IP (Internet Protocol) address is similar to the address of your home, IP address basically consists of two IDs, one is the network ID and other is the host ID. The unique number which is used by your network is the Network ID and the host ID portion uniquely identifies the system on your network.

Basically the IP address format is known as dotted decimal notation format and contains a set of four numbers separated by periods. For example, 192.178.2.200 is an IP address mentioned in four numbers in a dotted decimal notation form. In the given IP address, first two numbers (192.178) are the Network ID and last two numbers (2.200) are host ID. The Network ID is same for all the systems on the same network. Basically there are five major classes of IP address. They are as follows:

The Internet is a network of networks. Through Internet you can connect to any computer throughout the world. Internet is the best example of WAN (Wide Area Network). Internet is worldwide global system of interconnected computer networks. It uses standard Internet Protocol TCP/IP. Every computer has a unique IP address. A special computer server Domain Name Server (DNS) is used to give name to the IP address so that user can locate a computer by a name.

Some of the advantages of Internet:

Some of the disadvantages of Internet 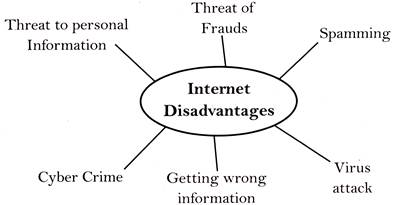 Network devices are also known as network equipment or networking hardware. They are required for communication and interaction between devices on a computer so that they can share files or resources like printers or fax machines.

Modem is one of the most important part for using internet services. This works as a key because it receives the packet of data or signals through the service provider and thus after receiving it, it allows user to use the packet of data for surfing. Without modem, surfing is unable to proceed. Modems are generally categorized by the amount of data to be transferred in a given time. It is measured in bits per second.

Hub is a networking device which is used to connect multiple network hosts. It is also used to transfer data. The data is transferred in terms of packets. When a host sends a packet to a network hub, it copies the data packet to all of its ports connected to it.

While hub just does the work of data forwarding, a switch filters and then do forwarding which is more intelligent way of dealing with the data packets.

A router is responsible for routing traffic from one network to another. These two networks could be a private company network or a public network. You can think of a router as a traffic police who directs different network traffic to different directions.

A repeater is an electronic device that amplifies the signal it receives. In other terms, you can think of repeater as a device which receives a signal and retransmits it at a higher level or higher power so that the signal can cover longer distances.