You can remember things because they are stored in your memory (brain). Similarly a computer has memory to store data and information for future use. This is the place where the data and programs get stored before being processed and the place where the results get stored before being sent as output. Suppose you are asked when your birthday is or the name of your friends, you will reply immediately because you remember them and this information is already in your memory A computer also has a memory which stores a lot of information inside it, A computer stores everything in its memory.

Bit is the smallest measuring unit of computer memory. It means binary digits. Just like we use kilograms and grams to measure weight, the computer's memory is organized as a collection of bytes. 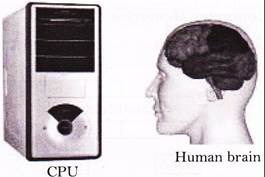 Units to measure memory are given below:

Computer memory is a physical device capable of storing information temporarily or permanently. Memory is the best storage part of a computer. It is used to save information and programs, etc.

Primary Memory is also called volatile memory and it is the internal memory of the computer. This memory is the memory that loses its contents when the computer or hardware devices loses power. It is generally made up of semiconductor device.

Ram stands for Random Access Memory and is the internal memory of the CPU for storing data, program and program result.

RAM is the internal memory whose contents can be read. When people talk about computer memory they are generally referring to the RAM. RAM is volatile i.e. its contents are lost when power is turned off. It also has a limited storage capacity.

RAM (Random Access Memory) is the place in a computer where the operating system, application programs and data in current use are kept so that they can be quickly reached by the computer's processor. RAM is much faster to read than the other kinds of storage device in a computer, such as the hard disk and CD-ROM. However, the data m RAM stays there only as long as your computer is running. When you turn the computer off, RAM loses its data. When you turn your computer on again, your operating? system and other files are once again loaded into RAM, usually from your hard disk. 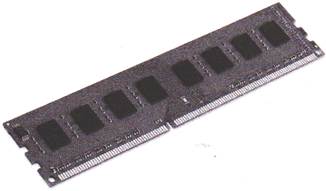 There are two different types of RAM

Rom stands for Read Only Memory and is a type of storage medium that permanently stores data in computers memory, which cannot be changed. It contains data that normally can only be read, not written to. The data in ROM is not lost when the computer powder is turned off. It is a type of Non-volatile memory.

There are different types of ROM

1) PROM: PROM stands for Programmable Read Only Memory PROM is a memory chip on which data can be written only once a program has been written onto a PROM, and it remains there forever.

2) EPROM: EPROM stands for Erasable Programmable Read Only Memory Program and instructions written on EPROM can be read, write or erase. It can be erased by exposing it to strong ultraviolet rays.

3) EEPROM: EEPROM stands for Electrically Erasable Programmable Read Only Memory. Program and instructions written on EEPROM can be erased with the help of electricity and rewritten.

(i) Primary memory is also known as main memory

(ii) ROM and RAM are the two subtypes of primary memory.

(iii) ROM and hard disk are the short term memory of a computer.

(iv) The contents of ROM remain stored even if power is turned off.

All computers store and retrieve data. Primary memory has a limited storage capacity and is not permanent. Secondary storage devices are used to store large amount of data permanently. Secondary memory devices are external devices and stores data for the future.

Secondary memory devices include magnetic disks like hard drives and optical disks such as CDs and CD-ROM and magnetic tapes, which are the first forms of secondary memory.

Secondary memory (or secondary storage) is the slowest and cheapest form of memory. It cannot be processed directly by the CPU. It must first be copied into primary memory (also known as RAM). 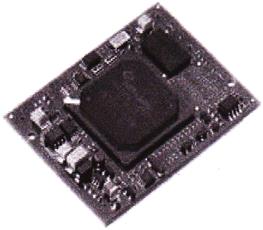 Types of secondary storage devices in computers are as following:-

Magnetic tape is a sequential storage medium used for data collection. It is a plastic reel similar to long lengths of movie film.

Magnetic disk is a storage device that uses a magnetization process to write, rewrite and access data. It is covered with a magnetic coating and stores data in the form of tracks, spots and sectors. Examples of magnetic disk are Hard-disk.

This storage device is a metallic cylinder coated with a special magnetic alloy.

CD stands for 'Compact Disc'. It is a flat, round, small portable optical storage medium. This storage medium is used for recording storing and playing audio, video text and other information digital form. It is a shiny metal like disk whose diameter is 5.25 inches or 12cm. It can store 650 MB of information.

DVD stand for Digitally Versatile Disk. It provides higher storage capacity than a CD. It looks physically same like CD and also work in the same way as CD does. It can store 4.7 GB of information.

Floppy disks are also known as flexible disks. They are permanent sealed in a plastic coated jacket and the entire package is inserted in the floppy drive for data recording and retrieval.

Hard disk is a non-volatile type memory hardware device that permanently stores and retrieves data on a computer.

(ii) Secondary memory is not directly accessible by the ________

(i) Flash memory, paper tape and punched cards are the examples of secondary memory.

(iii) Secondary storage also loses the data when the power goes off and is called volatile memory.

The Hard disk is another type of permanent storage media that is used to store huge volume of data. It is a reliable storage media. The storage capacity of hard disk is more than 160 GB. A hard disk is physically composed of a series of flat, magnetically coated platters stacked on a spindle. A hard disk drive consists of many inflexible magnetic disks mounted on a motor. These disks are turned by high speeds motors. The stored data of hard disk is read and write by read/write heads. There are four types of hard disk available in the market. They are as follows:

Its data transfer speed between hard disk and system is up to 100 MB per second.

Its data transfer speed between hard disk and system is up to 600 MB per second.

This technology combines more than one hard disk in an array. It is a reliable data storage. If one hard disk fails the data can be retrieved easily from the other disk in array.