Technology has transformed the global world of banking and financial services beyond recognition. No other industry offers more complex challenges and more exciting opportunities than banking. Computerization of the business of banks has been receiving great importance. The banking institutions have already crossed 70% level of computerization of their businesses.

Automated Teller Machine is a computerized machine that provides the customers of banks the facility of accessing their account for dispensing cash and to carry out other financial and non-financial transactions without the need to actually visit their bank branch.

Free transactions at ATMs: With effect from November 01, 2014, a bank must offer to its savings bank account holders a minimum number of free transactions at ATMs. However, it is not applicable to Basic Savings Bank Deposit Accounts (BSBDA) as withdrawals from BSBDA are subject to the conditions associated with such accounts.

Transactions at any other bank's ATMs at Metro locations: In case of ATMs located in six metro locations, viz Mumbai, New Delhi/ Chennai, Kolkata, Bengaluru and Hyderabad, banks must Offer their savings account holders a three-time free transactions (Including financial and transactions) in a month.

The customer should file a complaint with the card issuing bank at the earliest. This is applicable even if it was carried out at another bank's/non-bank's ATM.

A credit card is a Plastic card issued by Banks to enable the cardholder to pay a merchant for goods and services, based on the cardholder's promise to the card issuer to pay them for the amounts so paid plus other agreed charges. Central Bank of India was the first public bank to introduce Credit card.

Debit Cards, on the other hand, do not allow credit. The account usually debited immediately or on the same day when the card has been used to draw money or make purchases. No credit period is allowed.

A prepaid card works a bit like a gift card - you top it up with money, and you can only spend up to that amount. Often it is used by travellers to carry holiday money and by anyone without a normal bank account - generally kids, teens and people with poor credit ratings.

It contains an electronic chip which is used to store cash. This is most useful when you have to pay for small purchases. For example bus fares and coffee bills. No identification, signature or payment authorisation is required for using this card. The exact amount of purchase is deducted from the Smart card during payment and is collected by smart card reading machines. No change is given.

They are credit cards issued by card companies that have tied up with a popular brand for the purpose of offering certain exclusive benefits to the consumer. For example, the Citi-Times card gives you all the benefits of a Citibank credit card along with a special discount on Times Music cassettes, free entry to Times Music events, etc.

The Kisan Credit Card (KCC) introduced by the NDA Government in August 1998 has emerged as an innovative credit delivery mechanism to meet the production credit requirements of the farmers in a timely and hassle-free manner. The card is valid for five years and subject to annual renewals.

This KCC card offering Credit to the farmers in two types viz.

The scheme is under implementation in the entire country by the vast institutional credit framework involving Commercial Banks, RRBs and Cooperatives and has received wide acceptability amongst bankers and farmers. It was first proposed in the Budget 1998- 99 by then Finance Minister Yashwant Sinha. In the subsequent years, NABARD prepared a Model Kisan Credit Card Scheme in consultation with the major Banks on the recommendations of R V Gupta Committee.

Cash Credit: Crop loans as well as working capital for agriculture and allied activities to be provided as revolving cash credit limit repayable in 12 months

Term Loan: Repayable within a maximum period of 5 years, depending on the type of activity/ investment and repayment capacity Point of Sale Machine

A point-of-sale (POS) terminal is a computerized replacement for a cash register which can process credit and debit cards. A customer needs to enter a card PIN to complete the transaction using the POS terminal.

EFTPOS is an electronic payment system involving electronic funds Transfers based on the use of payment cards, such as debit or credit cards, at payment terminals located at points of sale.

211, the next three digits representing the bank code for Axis bank;

And 004, the last three digits representing the bank branch code for Defence Colony.

The code consists of 11 Characters:

It is a unique identification code for both financial and non-financial institutions approved by the International Organization for Standardization (ISO). SWIFT Standards, a division of the Society for Worldwide Interbank Financial Telecommunication (SWIFT), handles the registration of these codes.

The Reserve Bank of India offers the Electronic Clearing System (ECS) for faster payments and collections.

ECS Credit: ECS Credit is for making bulk payment of amounts. Under this scheme, a single account is debited and then multiple accounts are credited. Example: A company has 50 employees and at the start of month, it gives salary to all the employees; so, instead of crediting each account separately, the company can use the ECS Credit Scheme.

ECS Debit: ECS Debit is for bulk collection of amounts. Under this scheme, multiple accounts are debited and then a single account is credited. Example: Many people go for insurance policies and they have allowed the payment of their premiums from their account. Now, it is possible that on a single day, many customer accounts are to be debited to have the premium from them. Here ECS Debit scheme can be used.

(a) Alert Services - Alert services help a customer keep a track of the activity on his accounts and;

Bank on the Net Internet banking has become a necessity in today's busy lifestyles. Using this mode to transact saves precious time and effort. From across the seven seas, as long as the customer has an access to the internet, he can have an access to his bank. Internet banking allows a customer to conduct a plethora of banking activities using the net. The best part about internet banking is the convenience offered along with total confidentiality and safety. The virtual ease with which a customer can bank today is reassuring.

Fund Transfers Internet banking or online banking allows a customer to transfer funds from one account to another, across branches and cities. Some banking institutions have gone one step ahead by offering the customers the facility to transfer money from his account to that of any person with an account at the same bank or any bank, any time and from anywhere. All the customer has to do is submit a signed declaration stating that he wants to access this facility.

Real Time Gross Settlement (RTGS) is based on the gross settlement where the transaction is settled on an instruction by instruction basis. In RTGS, the minimum amount should be above Rs. 2 lakh and maximum amount is Rs. 10 Lakh. National Electronic Funds Transfer (NEFT) is an electronic fund transfer system that operates on a Deferred Net Settlement (DNS) basis which settles transactions in batches. NEFT has no limit either minimum or maximum - on the amount of funds that could be transferred.

Immediate Payment Service (IMPS) basically involves a transfer mechanism using the mobile phone. Many banks allow the transfer through this mechanism including the reputed banks like State Bank of India, ICICI Bank and Axis Bank. Here is the limit set by the bank.

The customers can now even pay telephone, mobile and electricity bills over the net. However, some banks limit the facilities like these and creation of new fixed deposits and demand drafts requests to regular banking hours. In case, the customer puts in the request after banking hours, the bank promptly executes it on the next working day. So it is definitely better than standing in queues at utility offices or banking premises on a working day.

Bitcoin is a cryptocurrency payment system invented by an unidentified programmer or group of programmers, under the name of Satoshi Nakamoto. The system is peer-to- peer and transactions take place between users directly, without an intermediary. It is the first decentralized peer-to-peer payment network that is powered by its users with no central authority or middlemen. Bitcoin was the first practical implementation and is currently the most prominent triple entry bookkeeping system in existence. 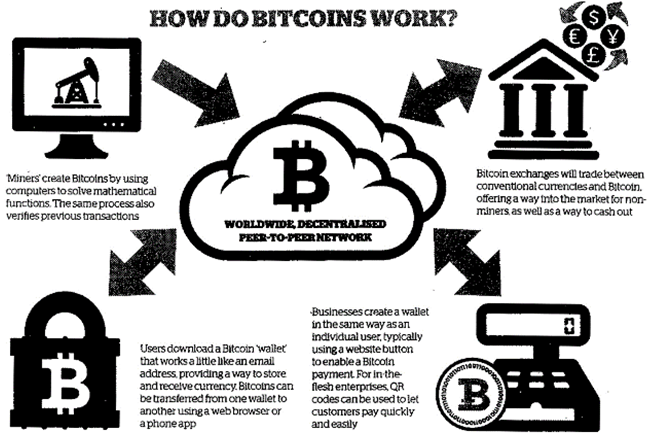 ICICI Bank is the first bank in the country and among the first few globally to exchange and authenticate remittance transaction messages as well as original international trade documents related to purchase order, invoice, shipping & insurance, among others, electronically on block chain in real time.