(1) Lens is a transparent medium bounded by two refracting surfaces, such that at least one surface is curved. Curved surface can be spherical, cylindrical etc.

(2) Lenses are of two basic types convex which are thicker in the middle than at the edges and concave for which the reverse holds. 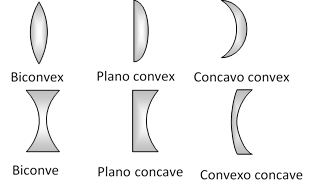 (5) A ray passing through optical centre proceeds undeviated through the lens. 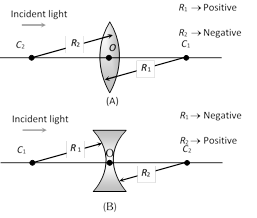 First principal focus : An object point for which image is formed at infinity.

Second principal focus : An image point for an object at infinity.