When one quantity is taken away from another, the result is called subtraction or difference. 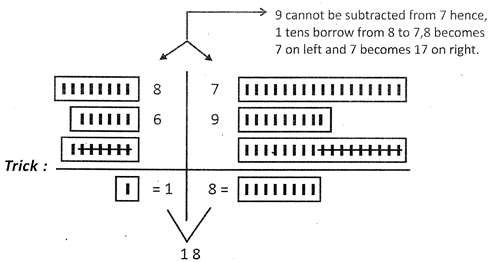 Remember the steps for the subtraction:

Step I: Add the numbers having '-'(minus) sign and write the result with-sign.

Step II: Add the numbers having ?+? (plus) sign and write the result with + sign. This method is applied when addition and subtraction are given. Simultaneously. 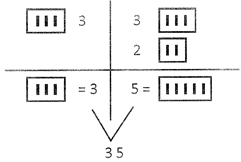 Step II: is not applicable here. 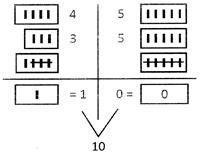 NOTE: This method goes same for any subtraction. No matter, how many numbers are involved in the given subtraction problem. In another words this method is applied for the subtraction of 2 numbers; 3 numbers; 4 numbers; 5 numbers and so on.

Let's understand it through an example: 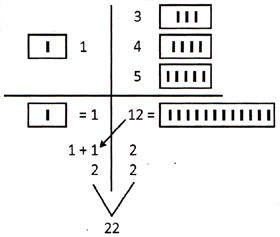 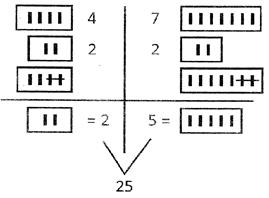 To subtract the five numbers, the subtraction pattern remains same as discussed in the previous topic.

There were 56 student in a school for class test. How many students have passed the test if 32 students were not appeared for the test?

Therefore, option (b) is correct:

Thus it is clear that when a number represents something particular then it becomes a figure. For subtracting figure, let?s see the example given below: 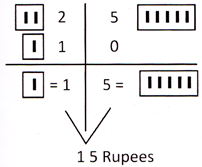