The development of modern computer is based on the invention of ancient counting devices. Ancient people used pieces of stone, drawing lines and pieces of ropes to record the information. Among the various method of calculation, Abacus is known as the first calculating device. But the computer, first time is better known as the ENIAC (Electronic Numerical Integrator and Computer) developed by John Mauchly and Eckert in 1946. It was used to do mathematical operations and store data.

It was the first calculating device which was discovered by the Mesopotamians and improved by the Chinese. It is also called a counting frame and is a calculating tool used primarily in parts of Asia for performing arithmetic processes. An Abacus is made of frames, beads and rods. Calculation is done by the position of beads in the abacus. It allows performing basic operations like addition, subtraction, multiplication and division. It can also carry out operations like counting up to decimal places, calculates sums having negative numbers, etc. 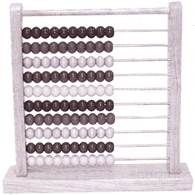 Napier's bone was created by John Napier in 1617 for multiplication and division of numbers. Sir John Napier was a great mathematician of Scotland. It was a manual device made of rods. There are ten bones corresponding to the digits 0-9, and a special eleventh bone that is used to represent the multiplier. The multiplier bone is simply a list of the digits 1-9 arranged vertically downward. 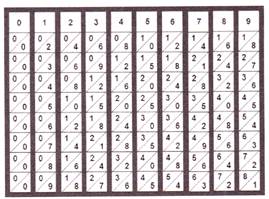 The calculating machine Pascaline was a mechanical device which was designed and built by the French mathematician- philosopher Blaise Pascal between 1642 and 1644. It was made of chain and toothed wheels. It could add and subtract numbers and capable of carry transfer automatically. 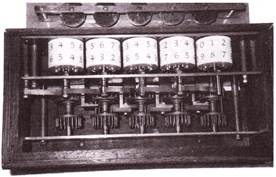 It was a mechanical calculator invented by German mathematician and philosopher Gottfried Wilhelm Leibniz around 1672 and completed in 1694. It also performed multiplication and division. It was made of copper and steel. 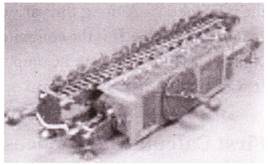 The Jacquard loom is a mechanical loom, invented by Joseph Marie Jacquard in 1801 that simplified the process of manufacturing textiles with complex patterns. It was the first machine that used punch cards to control a sequence of operations. 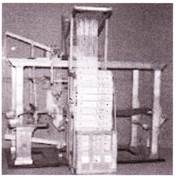 This was an early calculator designed by Charles Babbage. The difference engine was made to calculate various mathematical functions and mathematical tables. This project was started in 1821 and it employed wheels and rods but failed its test in 1833 because the technology at that time was not so developed. 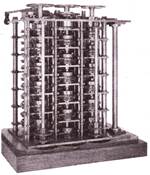 The analytical engine was an important step in the history of computers. It was an automatic machine that used to have all the features of the modern computer. 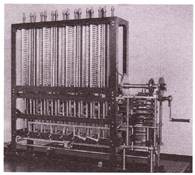 Herman Hollerith was an American statistician who developed a mechanical tabulator based on punched cards to rapidly tabulate statistics from millions of pieces of data. It was a tabulating machine which could count quickly.

Mark-1 was probably the last electro- mechanical computer which was invented by Prof. Howard Aiken in the U.S.A. Mark-1 was constructed in 1943. It was also known as the atomatic sequence controlled computer. 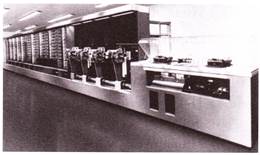