The analytical engine was an important step in the history of computers. It was an automatic machine that used to have all the features of the modern computer. It was the design of a mechanical general-purpose computer by the British mathematician Charles Babbage. He started designing it in 1833. Babbage continued to refine the design until his death in 1871. In its design, this machine could perform all the four mathematical operations as well as some logical operations. Babbage established the basic principles on the basis of which, today's computers work. He included the concept of control processor, storage area and input-output devices in design. It had almost all the parts of a modern computer in design. Because of the complexity of the machine, the lack of project management science, the expense of its construction and the difficulty of assessing its value by the Parliament, the engine were never completely built. 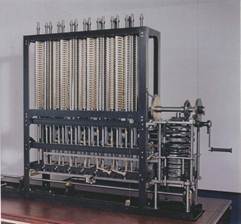 Analytical engine was designed by the British mathematician Charles Babbage. In which one of the following years he started designing this machine?

(A) 1813 : In the year 1833 Sir Charles Babbage started designing the Analytical engine. That's why option (A) is Incorrect.

(C) Option (C) is matched correctly. Sir Charles Babbage started designing Analytical engine in the 1833 and died in the year 1871.

(A) Option (A) is matched incorrectly.

(B) Option (B) is matched incorrectly.