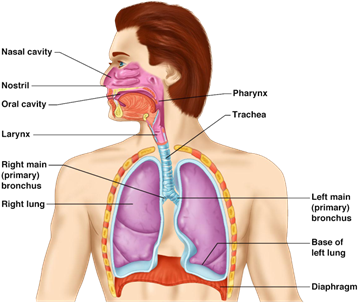 We take in air mostly through our nose, which is then passes through the wind pipe into the lungs. The air we take in is called inhaled air. It is rich in oxygen. And the air, which is expelled from the lungs outside of our body is called exhaled air, which is rich in carbon dioxide. This whole process of inhaling and exhaling of air is called respiration and the organs involved in the process is called as respiratory organs. Breathing system can be simply represented as:

How to Prevent Respiratory Problems

We should take in fresh oxygen. Exercise is also essential to keep our respiratory system healthy. 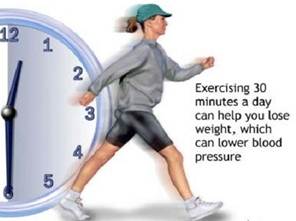 Which one of the following organs can take in oxygen from the air?

Generally air is taken in through the nose. Therefore, option (a) is correct and rest of the options is incorrect.

Which one of the following is not a part of respiratory system?

Ear is not a part of the respiratory system. Therefore, option (a) is correct and rest of the options is incorrect.