The local self-Government includes both rural and urban government. It is the third level of the government. There are 2 types of local government in operation – panchayatas in rural areas and Municipalities in urban area.

Lord riporn is Known as the Father of the local self-Government.

The term Panchayti Raj in India signifies the system of rural local self-government. It has been established in all the states of India by the Acts of the State Legislatures to build democracy at the grass root level. It is entrusted with rural development.

It was constituationlised through the 73rd Constitutional

A village or a group of villages, formed a panchayat of elected representatives, a few Panchayats formed a Panchayat Samiti and the various Panchayat Samities of a district were governed by a Zila Parishad and these three institutions had a three fold purpose:

(i) to be autonomous and self-governing to some extent.

(ii) to play an effective role in drawing up the 5 year plans.

(iii) to have scope for initiative and readjustment in implementing the plans to suit local needs.

(iii) Panchayat Samiti is the executive body, while the Zila Parishad is the advisory, coordinating and supervisory body.

(iv) The District Collector should be the Chairman of the Zila Parishad.

One of the prime areas of concern in this long debate on Panchayati Raj Institutions was fiscal decentralisation. The K Santhanam Committee was appointed to look solely at the issue of PRI finance, in 1963.

In December 1977, the Janata Government appointed a Committee on Panchayati Raj Institutions under the Chairmanship of Ashok Mehta. It submitted its report in August, 1978 and made recommendations to revive and strengthen the declining Panchayati Raj System in the country.

The Committee on Administrative Arrangement for Rural

Development and Poverty Alleviation Programmes under the chairmanship of G.V.K. Rao was appointed by the Planning Commission in 1985.

The Committee made the following recommendations to strengthen and revitalise the Panchayati Raj system;

In 1986, Rajiv Gandhi Government appointed a committee on the “Revitalisation of the Panchayati Raj Institutions for democracy and development” under the Chairmanship of LM Singhvi.

In July 1989, Rajiv Gandhi Government introduced the 64th Constitutional Amendment Bill to constitutionalise PRIs, but it was not approved by Rajya Sabha.

In November 1989, Prime Ministers VP Singh proposed the introduction of a fresh Constitutional Amendment Bill and the bill was introduced in Lok Sabha in September 1990, but it lapsed due to the fall of government.

Gram sabha is the foundation of the Panchayati raj system. It shall exercise such powers & functions at the village level as the legislature of a state determines.

(a) If he is so disqualified by or under any law for the time being in forcr for the purposes of election, to the Legislature of the State concerned.

(b) If he is so disqualified by ...r ''nder any law made by the Legislature of the State.

Audit of Accounts of Panchayats

The legislature of a State may, by law, make provisions with respect to the maintenance of accounts by the Panchayats and the auditing of such accounts.

The State Legislature may endow the Panchayats, with such powers and authority as may be necessary to enable them to function as institutions of self-government. Such a scheme may contain provisions for the devolution of powers and responsibilities upon Panchayats at the appropriate level with respect to

The following 29 functional items placed within the purview of Panchayats are:

Major Problems and Shortcomings in the Working of PRIs

This act is called Provisions of the Panchayats Extension to the Scheduled Areas (PESA) Act, 1996. In this Act 'Scheduled Areas' means the Scheduled Areas as referred to in clause (1) of the Article 244 of the Constitution. It meant to give Self-rule authority to the Tribal people and govern themselves as well as their resources.

The Scheduled Tribes and other Traditional Forest Dwellers (Recognition of Forest Rights) Act, 2006

Significance of the Act

(i) Ministry of Urban Development created as a separate ministry in 1985.

(ii) Ministry of Defense in the case of cantonment boards.

(iii) Ministry of Home Affairs in the case of Union Territories.

There are three types of municipalities which are as follows:

(i) Nagar panchayat for a transitional area from a rural area, to urban area.

(ii) A municipal council for a smaller urban area

(iii) A municipal corporation for a larger urban area.

Wards committee, consisting of one or more wards, within the territorial area of a municipality having population of three lakhs or more.

(a) The composition of the District Planning Committees;

(b) The manner in which the seats in such committees shall be filled:

Provided that not less than four-fifths of me total number of members of such committee shall be elected by and from amongst, the elected members of the Panchayat at the district level and of the municipalities in me district in proportion to the ratio between the population of the rural areas and of the urban area in the district.

(c) The function relating to district planning which may be assigned to such committees.

(d) The manner in which the chairpersons of such committees shall be chosen.

(i) matters of common interest between the panchayats and the municipalities including spatial planning sharing of water and other physical and natural resources,   the   integrated   development   of infrastructure and environmental conservation.

(ii) the extent and type of available resources whether financial or otherwise.

(b) Consult such institutions and organizations as the Governor may, by order specify.

(a) If he is so disqualified by as under any law for the time being in force for the purposes of election to the legislature of the state concerned provided that no person shall be disqualified on the ground that he is less than twenty-five years of age, he has attained the age of twenty-one years;

(b) If he is so disqualified by or under any law made by the legislature of the state.

Bar to Interference by Courts in Electoral Matters

Not with standing Naturestanding anything in this constitution-

Continuance of Existing Law and Municipality

Nature standing anything in this part, any provision of any law relating to municipalities in force in a state immediately before the commencement of the constitution (seventy- fourth amendment) Act, 1992, which is inconsistent with the provisions of this part, shall continue to be in force until amended or replaced by a competent legislature or other competent authority or until the expiration of are year from such commencement, whichever is earlier.

Provided that all the municipalities existing immediately before such commencement shall continue all the expiration of their duration, unless sooner dissolved by a resolution passed to that effect by the Legislative Assembly of that State or, in the case of a state having a Legislative Council, by each House of the Legislature of that state.

Under Article 243(W), subject to the provisions of this Constitution, the Legislature of a State may, by law, endow

There are eight types of Urban Local bodies that are create in India for the administration of urban areas. These are a follows:

It is a deliberative and legislative wing of the corporation It has councilors, directly elected by the people.

The council is headed by the Major and he/she is assist by a Deputy Major who is elected for 1 year with renewable term.

It is created to facilitate the working of the Council. The committees deal with public works, education, health taxation, finance, etc.

The Municipalities are established for the administration of towns and small cities. Like the corporation, they are also established by the Act of State Legislature and the Parliament.

(iii) The Chief Executive Officer. All the authorities have same functions as the corporation has.

It is any land area earmarked by legal provision for future development. It is set-up by government notification and not a legislation.

All its members and Chairman are appointed by the State Government and not elected. It is set-up in area where municipality is not feasible, but potential for fast development is there.

It is set-up by an Act of State Legislature and can have both elected and nominated members. It is quasi-municipality with limited number of Municipal functions like street/lighting, sanitation, etc.

They are autonomous bodies functioning under the overall control of the Ministry of Defence. These boards comprise elected members besides ex-officio and nominated members with the station commander as the President of the Board.

The resources of these boards are limited as the bulk of the property is owned by government on, which no tax can be levied.

Thus, the Central Government provides financial assistance by way of grants-in-aid. The boards are responsible for discharging the mandatory duties like provision of public health, sanitation, primary education and street lighting etc.

The township is established to provide civic amenities to its staff and workers who live in the housing colonies built near the plant by the large public enterprises.

The township is headed by the town administrator, appointed by the enterprises, he/she is assisted by some engineers and other technical and non-technical staff. It shows the bureaucratic structure of the enterprises.

- To manage and protect the ports.

The port trust is established by an Act of the Parliament. It has both elected and nominated members. Its Chairman is an official and its civic functions are more or less similar to those of a municipality.

In 1958, the National Development Council (NDC) had 'recommended a national policy on co-operatives. Jawaharlal Nehru had a strong faith in the co-operative movement. In 2011, the cooperatives were given constitutional status by the 97th Constitutional Amendment Act, 2011. Co-operatives have been inserted in Part IXB covering Articles 243 ZH-ZT.

Incorporation of co-operative societies (Article 243ZI) subject to the provisions of this part, the Legislature of a State may by law make provisions with respect to the incorporation, regulation and winding up of co-operative societies based on the principles of voluntary formation, democratic control, economic participation and autonomous functioning.

The Legislature of a State may by law, make provisions with respect to the maintenance of accounts by the cooperative societies and the auditing of such accounts atleast once in each financial year.

The Legislature of a State shall, by law, make provisions for persons to be members of the board having experience in the fields of banking, management, finance or specialisation in any other field relating tothe objects and activities undertaken by the cooperative society as members of the board.

Election of Members of Board (Article 243 ZK)

The superintendence, direction and control of the preparation of electoral rolls for and the conduct of all elections to a cooperative society shall vest in such an authority or body, as may be provided by the Legislature of a State by law. 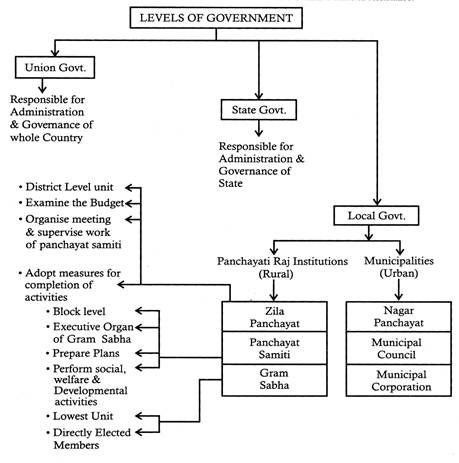