All animals breathe, feed and move. The place where an animal lives, eats, grows and reproduces is called its habitat.

All animals need to breathe for their survival. An animal breathes in oxygen and breathes out carbon dioxide, an exchange of gases takes place.

A fish lives in water. The water passes out through a pair of gill-slits on each side of its body. As this water passes over the gills, the fish takes in oxygen and releases carbon dioxide, which flows out with the water. The oxygen gets absorbed into the blood of the fish.

A whale looks like a fish and lives in water; but it is not a fish. A whale does not have gills. It has lungs. To breathe, it must come up to the surface of the water to fill its lungs with air. A whale has very large lungs so that it can take in enough oxygen in one breath to last for some time under the water.

Insects like cockroaches, caterpillars and grasshoppers breathe through tiny air holes, called spiracles on their bodies. The spiracles of the body lead to air tubes which form a network that reaches every part of an insect’s body. Air enters the body through this network. The body parts take in oxygen and give out carbon dioxide. The blood of insects does not have the oxygen carrier called haemoglobin. That is why their blood is not red in colour.

Some animals like earthworms can take in oxygen through their thin moist skins.

Amoeba and paramecium are tiny animals which can be seen only through a microscope. They breathe through their body surface.

Animals like lion tiger and cat eat meat. They have sharp and pointed teeth called canines to tear meat and strong grinding teeth to chew flesh and break bones.

Frogs feed mostly on insects like flies and beetles. The frog uses its sticky tongue to capture its prey. The tongue is fixed in the front and free from behind.

Eagle, kite and owl have strong, sharp hooked beaks and sharp claws. The claws help them to hold the meat and tear it. They are carnivorous birds.

Animals like squirrel, rabbit and mouse eat seeds and fruits. They have small and sharp front teeth which help them to gnaw food.

Some animals like bear, crow, including human, eat plants as well as meat. They have incisors and molars to help them eat both kinds of food.

Every animal moves so that it can:

Animals have different types of body parts or limbs for movements and different ways of moving from one place to another.

Most animals usually have four limbs. The two in the front are called forelimbs and the two at the back are called hind limbs. Some animals like horses use all the four limbs to move, while others use only the hind pair.

All water animals swim by paddling and pushing water. Different animals use different organs for swimming.

All insects have six legs. Most insects use their legs to move.

Ants and cockroaches use their legs for crawling. Grasshoppers and locusts use their long, strong hind legs for hopping. Water insects like water boatman use its legs as oars to paddle and to swim. Butterflies, bees and houseflies have wings to help them fly. Their wings are not like the wings of birds as they have no feathers, bones of strong muscles. They are thin, delicate and made up of tiny scales.

Crocodiles, lizards, tortoise and turtles have short limbs to help them crawl. Snakes are legless reptiles. They crawl with the help of scales or plates on the underside of their body Strong muscles and a flexible backbone help them to move.

Birds fly with their wings which are actually their forelimbs. They use their hind limbs or legs to:

The wings of birds are special as they have feathers. The wings are attached to the breast bone. Strong muscles help birds to flap their bones are hollow, making it easy for them to rise in the air and fly. All birds have wings but some birds are unable to fly. Ostrich, emu, rhea and kiwi are flightless birds. Their wings are too weak for them to be able to fly.

Humans use their lower limbs or legs to stand and to support their body. That is why, unlike other animals, humans stand straight on their two legs and have an erect posture. They use their legs for walking and running.

The thumb is opposite to the other four fingers. This makes it easy for humans to hold things and do different kinds of work. 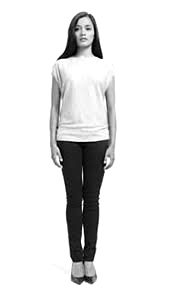 The mass movement of animals from one place to another at certain times of the year is called migration.

Siberian cranes use to migrate to India during winters, as it is warmer here than in their home country, where very cold weather makes it difficult to get food or even to stay alive. Some other animals migrate to escape harsh weather, to search for food, water and also to breed. Arctic terns make the longest migration from north to South Pole every winters and then back again in summers.