Aisha Bhimani is a 32-year-old housewife residing in Delhi. To ease her kitchen work, she wants to buy a food mixer. However, she does not know which is the best brand available in the market. She looks up the advertisements in the local newspaper. There she sees an advertisement of a mixer which claims that it is the best brand in terms of price and features. It also says that a juicer and dry grinder come absolutely free with the purchase of the mixer. Excited at the offer/ she visits the nearest showroom and purchases it.

What makes Aisha go for that particular brand?

Is it the advertisement in the newspaper?

Advertising is a form of communication between the seller of a product and its buyer. An advertisement is used to persuade an audience to buy a certain product or service and thus promote business. Advertising messages are usually paid for by sponsors3 and viewed via various types of media such as newspapers, magazines,

Q. Rohan is watching a movie and enjoying himself. Only the movie has very long repetitive advertisements in between. He finally gets frustrated and stops watching the movie. What might he be feeling?

Advertisements on the television and in the newspaper

As early as 1836, French newspaper La Presse included paid advertising in its pages. This made it possible for the newspaper to lower its price. Doing this, its readership increased

HD television came as a relief for television viewers as besides offering high definition it also offered advertisement-free programmes.

And thus there was an increase in its sale. This explains why newspapers and magazines have entire pages devoted to advertisements and why there are so many advertisements on television during the telecast of a live cricket match or a TV serial. The television channel gets the money to air serials and newspapers to print news from these advertisements.

In today's world, more and more goods are being consumed. Hence, there is a big competition among business houses to bring out more products of different kinds. Building up brand helps in differentiating products. Advertising becomes an essential feature here. We, as consumers4 look out for them to know about new products and services. An advertisement on television of a new face cream that claims to make you fair lures you to make a purchase, doesn't it? You come to know of a new health drink with a promise to make you stronger and taller, and your father gets it for you.

Let us consider the reasons to advertise for a product or service:

? When one is in a startup mode, i.e., a new product or service is being introduced, one needs to let people know about it.

? When there is a stiff competition, i.e., the same product or service is being given by a few others, one needs to convince the consumers that one's product is unique.

? Everyone knows that brands like Nike, Woodland and Bata have some quality associated with them and people trust them. One promotes one's product creating a brand identity.

? Advertisement is a powerful tool in persuading the public to change their attitude and behaviour. This is done by social advertising. We will read about it later in this chapter.

? Advertisements are source of money for many newspapers and TV serials.

A brand is a name, term, sign, symbol or design that identifies the goods and services of one seller as distinct from those of other sellers. With an increase in the number of manufacturers of a product in the market, the battle for customers intensifies day by day. So it is important for a manufacturer to build his own brand. The special attributes or features of a product help to create a brand image. A brand is the source of a promise for quality to you.

Write slogans of some advertisements that you hear on the radio or see on the television.

The term 'branding' you already know means to refer to a product with a particular name. Advertising involves building brands so as to differentiate them from other products in the market.

'Daals', are mostly sold loose in the market. We know duals by their types and not brand names. When a type of daal is packed by a company, it is given a special name. This naming is done so that the customers do not confuse the particular daal with the daal that is sold loose. An example of a branded daal is 'Countryside tuar daal'. This naming of the product tuar daal with the brand name 'Countryside tuar daal'is an example

Dettol is a 70-year-old brand. Launched in 1936 as an antiseptic lotion, the brand had a dream to run with virtually no competitors. Such was the response that the brand became a generic name for antiseptic lotion. This is an example of how a leading brand earns its reputation by engaging customers.

Of branding. Now, when this daal is advertised as being healthy for children in terms of the words or visuals used in their advertisements, it changes the thinking and preferences of the people. Over a period of time, people start thinking that this tuar daal that comes in a sealed packet is much better than the one sold loose. In this way, advertising of brand affects the social value of people.

Q. Mini wants to buy the nicely packed snack, as she feels they are better than the local packed snacks. The well packed snacks are by foreign brands. What might you tell her and why?

2. Highlighting the unique selling points (USPs): Advertisers repeat the qualities of the product or service so that the consumer begins to relate to them and create an image. Thus, Lifebuoy soap is targeted at children with its special feature of killing germs. Lux soap is targeted at women who want to look beautiful. Again, there are many shampoo manufacturers competing with each other. Each shampoo manufacturer involves hair experts and celebrities that have thick and lustrous hair to advertise their product. This confuses you. All brands of shampoo look equally good! Finally, you pay careful attention to the attributes of the shampoos and select the one that suits your requirements.

3. Marketing of product: Marketing is a way to showcase your business or product with the goal of selling the product or service using several conventional and ? unconventional methods such as stage performances in public places like mails, and giveaways of products such as cars, etc. There is also an increasing trend of interactive advertising where consumers are invited to vote through text messages and social networking sites such as Facebook.

4. Associating with brand ambassadors: When a famous cricketer promotes a soft drink, or a movie star endorses a certain brand of shoes, you find the products desirable and want to imitate the famous personality. These persons who endorse certain products are called brand ambassadors. We know these persons for some special attributes and trust their judgement when they endorse a product and we go for it. 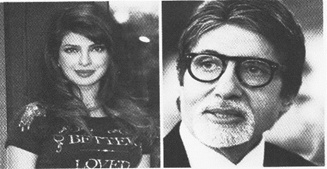 Q. You regularly get pamphlets inside newspapers. Do you read them or keep them for later use? What are they about? Discuss.

Advertising can be commercial or non- commercial.

Commercial advertisements seek to sell products or services. Such advertising is done using media such as newspaper, TV, magazines, billboards, etc. It may be done to sell soaps, chocolates, insurance, etc. The whole discussion up till now was about commercials only.

i.e., creating awareness among Indian masses about key democratic issues. For example, Tata Tea Jaago Re campaign makes people aware about exercising the right to vote. Amitabh Bachchan, a movie star of the Hindi Film Industry, is the brand ambassador for the Ministry of Tourism. 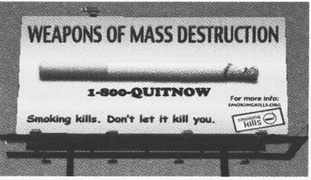 Lifebuoy with its 'Help a Child Reach 5' campaign made a real life 'experiment' captured on an advertisment film. The project tells the tale of a young mother-to-be Sangrahi, who hopes that her offspring is a girl. Sangrahi, through the film, shares the hopes and plans she has for her baby, 'Chamki'. The film features a local health officer who raises concerns. The only house with a TV in the village is chosen, where everyone has gathered to watch a movie, including Sangrahi. The film comes to a halt when another video starts playing. The girl in the video introduces herself as Chamki, Sangrahi's daughter into the future. The child thanks her mostly for washing her hands ever so often to avoid the baby getting infected.

It is about using the media and public places to inform people about political agendas and programmes. This type of advertising gains momentum during the time of elections. An example of this was the announcement of Atal Bihari Vajpayee government's plan to go for early elections in 2004.

Advertising have many good points, but it has some potentially harmful aspects too.

Advertisements Can Be Deceitful

Advertising costs a lot of money and that money comes from you-the consumer. When you buy a nicely packaged product or a branded product you end up paying much more than its value. A local product would have the same value for a cheaper cost. Smaller companies that do not have the funds for advertisements are unable to compete with the big brands and shut shop.

Earlier consumerism was a movement that sought to protect and inform consumers by implementing practices such as honest packaging and advertising, product guarantee, and safety standards. But today the word means to attach materialistic value to possessions and want to consume them more than required. This is a type of materialism. We should first fulfil our needs and not our desires.

Mass media like television, radio and the Internet have become nothing more than vehicles for advertising. Advertising is seen as a major nuisance by many people as they are forced on them while viewing TV programmes. Repeat telecast of advertisements on television and web-pop ups can be very irritating at times. 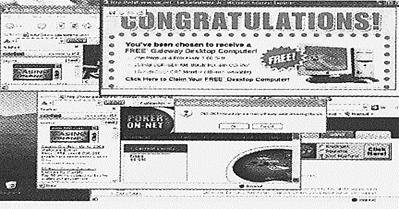 Advertising has an impact on the issue of equality that is a foundation stone of democracy. Advertising is expensive and hence only big companies can afford advertising. Small business owners cannot afford to advertise their products and end up selling them in kirana shops and local weekly markets. Watching repeated advertisements, we start to believe that the quality of product is superior to the non-advertised product. Though this is not true, there is a growing tendency of people to select packaged advertised products.

Advertisements also show the life of the rich and well-to-do and the lives of the poor are not shown so we do not come to know how the underprivileged really live. This promotes lack of respect for the needy.

Also the jingles and taglines of advertisements leave false impressions on our minds. For example, if the advertisement of a vegetable oil says that 'protect the heart of your loved ones' and we cannot afford the expensive brand, we are left with the feeling that we are unable to protect the health of our loved ones. Important issues pertaining to democracy like poverty, respect, discrimination, etc. are thus negated by advertisements.