All the organisms reproduce to continue their existence on the earth. The production of new organism from the existing organisms of the same species is called reproduction. It is a necessary process to maintain the life on the earth. There are several ways through which animals can produce offspring. The two main methods of reproduction are sexual and asexual.

The production of new organism without the involvement of sex gametes is called asexual reproduction. In this type of reproduction, only a single parent is required.

In regeneration, when an animal that is capable of regeneration loses a body part, it can grow a replacement part. If the lost body part contains enough genetic information from the parent, it can regenerate into an entirely new organism. For example, sea stars, flatworms, etc.

In budding, a bulb- like projection or outgrowth arises from the parent body known a bud which detaches and forms a new organism. These buds develop into tiny individuals and when get fully mature.

In this type of reproduction, any vegetative part of the plant body like leaf, stem or roots develops into a complete new plant. For example, leaf in bryophyllum, stem in rose bulb in onion, etc.

In this mode of reproduction, the organism breaks up into a number of pieces or spores, each of which eventually develops into an organism. Spore formation is a mode of reproduction resembling multiple fission. For example, Ferns, Mosses, Rhizopus, etc.

Structure of a flower: The flower consists of four whorls. The outermost whorl consist of sepals. Then next is petals. Then after that comes stamens and at the centre us the female whorl, called pistil. The pistil can consist of one or many carpels. The carpel has a stalklike style with a sticky tip called the stigma and swollen base called ovary. Inside the ovary, there exists egg like ovules.

The stamen has a stalk like filament. At the head of the stamen is a pollen sac or another. The mature anther burst and produces large number of dusty pollen grains. For reproduction to occur, the pollen grains must be transferred to the stigma of a carpel. The transfer of pollen grains from the anther to the stigma is called pollination. The pollen grains stick to the body of insects and birds that sits on flower. When these birds or insects visit another flower, some of the pollens are dusted off on to the stigma. The wind can also carry pollens from one flower to another. 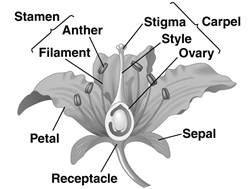 New plants can grow from seeds. The seeds can be scattered or dispersed by wind, water, animals or exploding fruits. For example, the plants such as, drumstick and maple have winged seeds and are carried by the wind. The seeds of lotus and water chestnut are dispersed by water. Birds and animals such as monkeys eat fruit from plants and throve away seeds. Fruits of rubber tree, balsam and night jasmine explode on ripening. This bursting of fruit scatters seeds away from the parent plant.

Human beings reproduce by using the sexual mode of reproduction.

The male reproductive system consists of the following organs: a pair of testes, a pair of epididymis, a pair of vas deferens, urethra, penis and accessory glands.

In a person who has reached sexual maturity, the two testicles or testes produce and store millions of tiny sperm cells. The testicles are part of the endocrine system because they produce hormones, including testosterone. Testosterone plays a major role in puberty in boys. Testosterone is the hormone that is responsible for developing deeper voice, bigger muscles and body and facial hair. It also helps in stimulating the production of sperm. 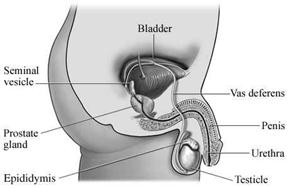 The organs of female reproductive system are: a pair of ovaries, oviducts, uterus and vagina. Ovaries are the main reproductive organs. They make mature female gamete-.

Each ovary is composed of thousands of follicles. Oviducts are like tubes. The oviducts are connected to uterus. It is the uterus where growth and development of a fertilized ovum takes place. Vagina is tubular structure that receives penis to put sperm inside. 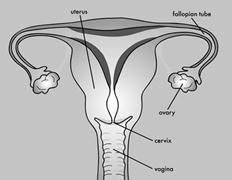 Coordination is the process of working together of the various organs of organism in a systematic manner so that a proper response to the stimulus can be produced.

Control and coordination in Animals

Control and coordination in higher animals takes place through their nervous systems. This system controls all the activities such as body movement, behaviour, thinking, etc. For example, when you touch a hot object, you withdraw your hand immediately. It is not your deliberate response. It is the response of our control and coordination system. All information from our environment is detected by the specialized tips of some nerve cells. In our body there are sense organs or receptors and effectors. The receptors are usually located in our sense organs such as the inner ear, the nose, the tongue and so on. These receptors perform various functions. For example, gustatory receptors detect taste while olfactory receptors detect smell. The effectors are the muscles and glands of our body that respond to a stimulus as per the order from nervous system.

We have five types of receptors:

Humans are considered as the finest and the best creation of nature simply because they have most developed brain. Their brains are the control centre of the human nervous system. Human brain is a highly complex organ. It is situated in the cranium of the skull. Brain is surrounded by membranes and the space between membranes is filled with a fluid that protects the brain from mechanical shock. Our brain is divided into three parts such as forebrain midbrain and hindbrain.

The human brain contains 50-100 billion neurons, of which about 10 billion are cortical pyramidal cells. These cells pass signals to each other via approximately 100 trillion synaptic connections.

Inspite of the fact that it is protected by the thick bones of the skull, suspended in cerebrospinal fluid and isolated from the bloodstream by the blood-brain barrier, the delicate nature of the human brain makes it susceptible to many types of damage and disease. The following figure shows the brain of human being and its parts: 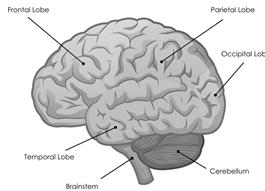 Control and coordination in plants

Plants do not move place to place physically. They show movements in their body parts. Generally plants show two types of movements. The first is dependent on growth and the second independent of growth.

The root of a plant always grows towards water.

There are some plants called climbing plants. These plants have weak stems. They cannot stand erect on their own. They have climbing organs called tendrils. Tendrils are thin, thread like structures on the stem or leaves of climbing plants. Tendrils are sensitive to touch. When they come in contact with an object, they wind around the object and cling to it. This is due to the movement of a tendril towards the object.

Different plant hormones help to coordinate growth, development and responses to the environment. They are produced at places away from where they act simply diffuses to the area of action.